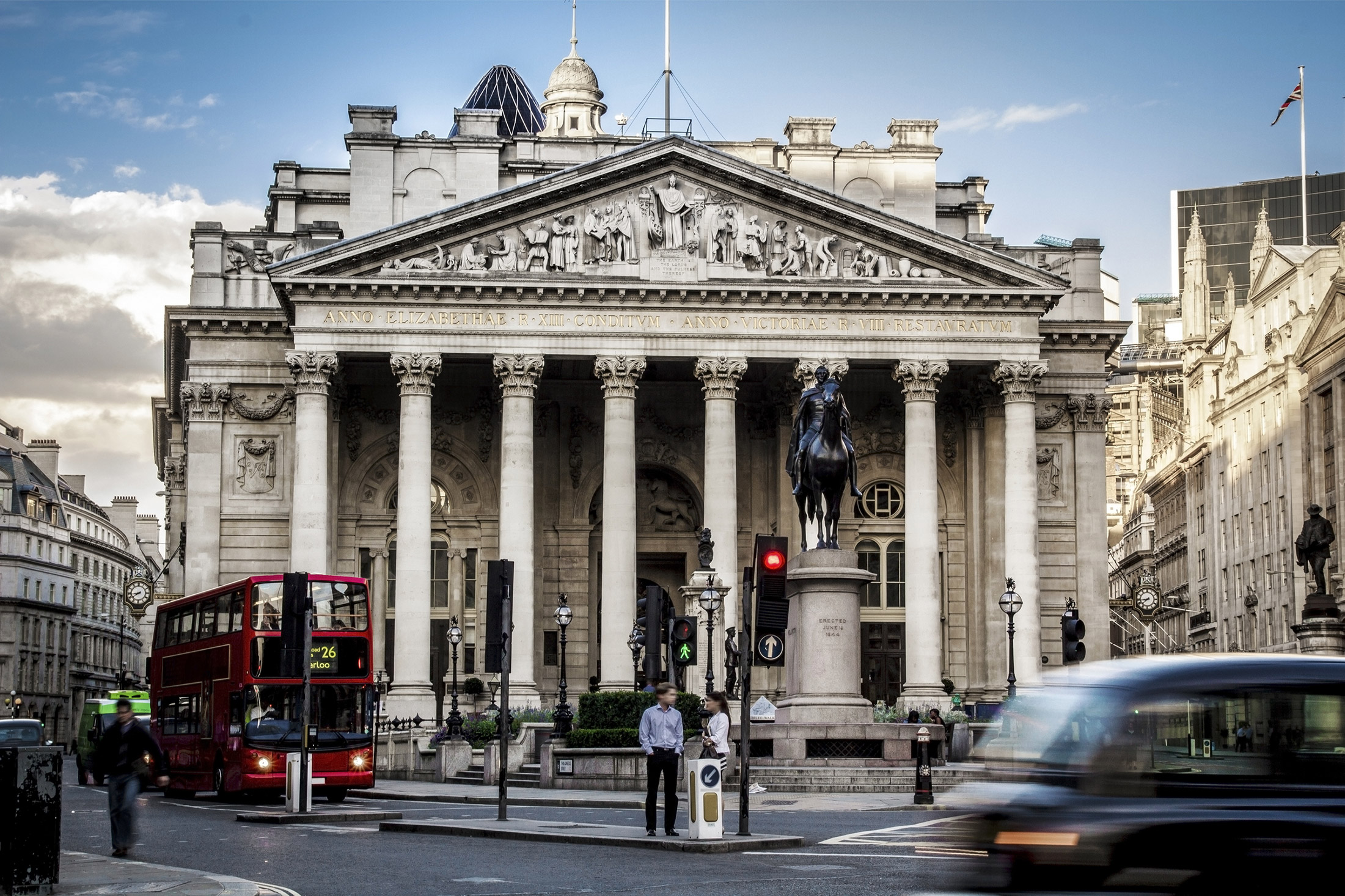 Parties to a commercial lending contract and their legal advisors should be thinking about the discontinuance of LIBOR ahead of 2021. To date, that means the consideration of an alternative rate, such as a risk-free rate or ensuring that provisions of the contract contemplate a fallback if and when LIBOR becomes unavailable.

What is LIBOR? Why is it significant?

LIBOR (or the London Interbank Offered Rate) is a short-term benchmark rate used for five currencies: the pound, the US dollar, the euro, the Swiss franc and the yen. It represents the average rate at which a group of large global banks borrow from each other. In short, LIBOR represents a bank’s cost of funding a loan.

The rate is calculated by the Intercontinental Exchange Benchmark Administration (IBA) each day by averaging the submitted interest rates from a designated panel of banks which reflect the rates at which the banks believe it would cost them to borrow. Banks submit rates for each currency and at each length of loan (ranging from overnight to 12 months), the most common among them being the three-month US dollar rate. Similar interest rates exist in other regions, most notably EURIBOR in Europe.

LIBOR is used for many types of products, including consumer loans, derivatives, variable rate mortgages and certificates of deposits. The value of transactions determined by LIBOR each year measures in the trillions of dollars.

Why does LIBOR need to be replaced?

The key problem with LIBOR (and the other IBORs) is that a small number of panel banks are given wide discretion to set the rates. The interbank lending market, which is the market  benchmark quotations are based on, is insufficiently liquid and therefore there is not enough activity to ensure the rates properly reflect the actual cost of lending.

The manipulation of LIBOR and plans to phase it out

LIBOR is forward-looking in nature and set by a small number of banks; consequently, it has been subject to allegations of manipulation. Regulatory authorities in multiple jurisdictions have investigated the banks which calculate LIBOR on the grounds these banks have colluded to allow their traders to profit from upswings or downswings in the rates. In 2012, Barclays admitted to manipulating rates.

Later that same year, a trader working for UBS was arrested for rigging LIBOR. Many banks have paid substantial fines as part of settlements with government authorities. Deutsche Bank, for example, is estimated to have paid a total of $3.5 billion in fines in relation to allegations of its role in the manipulation of LIBOR. UBS, Barclays, RBS, Citigroup, JP Morgan Chase and Société Générale were among other large banks to face substantial fines after findings of collusion to manipulate rates.

In 2012, the UK Parliament passed legislation to increase regulation of LIBOR, which included the creation of the Financial Conduct Authority (FCA) to oversee the financial markets. The administration of LIBOR, which had previously been overseen by the British Bankers’ Association, was handed over to the IBA.

In 2017, the FCA concluded that the way in which LIBOR is calculated in practice means that it no longer complies with internationally accepted principles for robust interest rate benchmarks and announced LIBOR would be discontinued at the end of 2021.

The replacement of LIBOR ultimately remains uncertain. However, risk-free rates (RFRs), such as the Sterling Overnight Index Average (SONIA) in the UK, the Secured Overnight Financing Rate (SOFR) in the US and the Euro Short-Term Rate (ESTER) in Europe, present possible options and are being used with more frequency in commercial transactions.

RFRs are determined by assessing the average of interest rates that banks paid to borrow based on unsecured transactions that have actually taken place. However, unlike LIBOR, RFRs do not reflect forward term risk, consequently, they are not perfect substitutes for LIBOR, EURIBOR and other forward-looking benchmarks.

What are the key differences between LIBOR and RFRs?

There are three fundamental differences between LIBOR and RFRs:

What are the key challenges to the adoption of RFRs?

Banks’ operations are set up assuming a forward-looking term rate. Similarly, some RFRs are tried and tested (e.g. SONIA) while others are not (e.g. SOFR) and some are not yet in existence (e.g. ESTER). These RFRs are also developing at different rates and are being developed by different organisations, which means that RFRs may diverge significantly. Lenders have expressed concern that the use of overnight rates with different publication times will cause operational disruption and challenges for their existing IT systems.

Related to the above, devising appropriate documentary fallbacks, as well as working out how and when to amend existing contracts which reference LIBOR, is proving a significant challenge across currencies and markets. The existing fallbacks are not suitable long-term and are only designed for temporary disruptions and may not be available market wide. Furthermore, multi-currency agreements will also require different margins and timing according to the currencies (as opposed to being based on London time for all LIBOR currencies).

Borrowers and lenders value the certainty that the ability to determine interest payments in advance gives. This is not currently possible with a backwards-looking overnight rate. This lack of certainty is most clearly illustrated by the ‘SOFR surge event’ on 17 September 2019, where the SOFR rate increased by 282 basis points in one day while LIBOR remained relatively stable. SOFR (and the other RFRs) may be affected by one-off economic events and have greater levels of volatility than have been observed with LIBOR.

A significant difficulty with any contemplated transition from LIBOR to RFRs is that insufficient time has been given to market participants to observe how LIBOR and RFRs compare over a period that captures events such as the SOFR surge event, as well as more significant market events. These include downturns in the economic cycle, periods of significant change to asset prices or major global conflicts. As a result, the risk exists that neither financial institutions nor customers will be able to readily develop sophisticated hedging products that allow the differences between RFRs and LIBOR to be effectively and cost efficiently managed.

As discussed above, LIBOR has built-in premiums to account for credit and liquidity risk while RFRs currently do not. To compensate, a market-accepted risk premium known as a ‘spread adjustment’ needs to be devised.

Most commercial lending contracts in England are based on documents in the form provided for by the Loan Market Association (LMA), which contain clauses for calculating LIBOR. These clauses generally refer to ‘screen rates’, maintained by data houses such as Bloomberg, as a primary source of LIBOR.

However, if the screen rate is unavailable, the LMA documentation contemplates a replacement rate be used. A more detailed LIBOR fallback provision was introduced by the LMA to account for the discontinuance of LIBOR and has become market standard in UK financing.

For existing contracts, law firms and financial institutions will need to think about the best way to review and amend documentation, processes and contractual agreements for any existing contracts that reference LIBOR and which mature after 2021. Lawyers must also bear in mind and monitor any regulatory, tax or accounting impact which the replacement of LIBOR may have on their clients.

Parties to new commercial lending contracts will need to consider whether and to what extent LIBOR fallback provisions are needed or whether an RFR might be appropriate. In June 2019, for example, National Express signed a loan agreement with NatWest using SONIA as the benchmark rate.

A handful of other companies have opted to switch the benchmark in existing transactions from LIBOR to SONIA. These transactions will serve as important test cases to indicate the viability of an RFR replacing LIBOR.

Sonali Maulik and Emily Rothfield are Associates and Teresa Ryan is a Trainee Solicitor at Baker McKenzie.